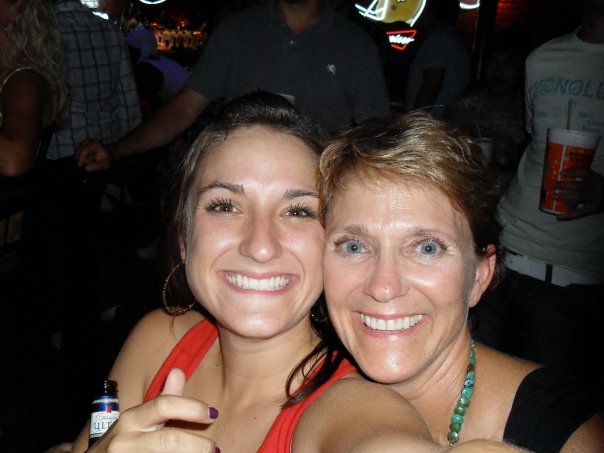 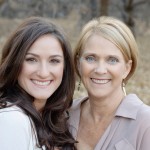 As we continue on our journey through grief and healing, I did not want to neglect to share a memory that I will carry with me forever. My initial intention was to only ever share this story with a trusted few. I believed that exposing some of the most private moments of my life would make me vulnerable to criticism and judgment.

I no longer care.

I have come to the realization that the only way to inspire others to take advantage of the gift of time and generosity of strangers is to share the very moments that have inspired our own lives.

In October of 2012 we learned that our mom had become platinum resistant. This meant that her body would no longer accept the drugs that had proved to be effective treatment of her ovarian cancer. We knew her fight was over and that her fate was imminent.

That night I reached out to a friend that I knew I could trust. She had lost both of her parents in her early twenties and I knew that I would be able to speak candidly about the fear and pain that was starting to consume me. I asked her for guidance. I wanted to know what to expect, what not to expect, and how to move forward.

She offered me a few words of wisdom. She said to make sure that my sisters and I never resent each other or our mom for the experiences that we did not get to share with her.

This struck a cord with me. Those of you who know me know that I am not overly eager to get married. Until recently I wasn’t even sure that I believed in the institution of marriage. I had never fantasized about my wedding day or my wedding dress. I don’t preemptively scout ideas or script the day.

However, I mentioned in a previous blog that some of my greatest sadness came from the fact that my mom will never see me get married. I had resented my sisters because this was a milestone that they were lucky enough to share with her. Our mom’s prognosis became a stark reminder of all the things that we each would never get.

My mom and I would never go wedding dress shopping. I would not see the look on her face and pride in her eyes when she saw me in “the dress”.

We would not sip champagne and toast to my future. I would never hear the words that she would be so proud to say on my wedding day.

She would never meet the man I would spend the rest of my life with.

I shared this regret with my friend. She then offered me the single greatest piece of advice I have ever received. She said, “Do it now.” She told me to do all the things that I thought that I would miss while I still had the chance. Like they say, there is no time like the present. I had been given the gift of time.

I sat on this advice for far too many few weeks… too afraid to verbalize what it was that I wanted to do. I thought that speaking the words out loud would mean that my mom’s prognosis was real. I was also afraid to say the words because I did not want to hurt her. I did not want to be the one to make her realize that she would never get to be a part of some of the greatest moments of my life.

After a few cocktails, and a long conversation about my mom’s wishes, I decided to share my sadness. My mom told me that she felt the same pain and that the regret had been weighing heavily on her.

I scowled the Internet for hours looking for the perfect fit. A few weeks later I called Destiny’s Bride in Scottsdale. I left a completely incoherent, babbling message about wanting to try on wedding dresses but that I wasn’t getting married….blah, blah, blah.

Lisa invited me into the store the next day to try on wedding dresses. She said I could pick out five dresses from the store and that she would be honored to bring them to my house to try on for my mom. I was speechless. A complete stranger had just offered to perform an entirely selfless act in hope that I would find some peace in the terrible hand we had been dealt.

The next day Nicole and I went into the boutique and spent hours trying on dresses. I was determined to find something classic. I wanted a dress that I could wear in 10 years, if that’s how long it was until I got married.

Lisa had never done a house call before but was inspired by my story. She assembled a team of a make-up artist and photographer to come to the house that night. She said she wanted to make this an experience I would never forget, and boy, did she deliver. I invited my grandma and two aunts over to be apart of the evening. My sisters ordered a small wedding cake and brought a slew of champagne.

That night I tried on five wedding dresses for my mom. The first dress was the hardest. My chest was heavy and my heart was pounding out of my chest as I walked down the hallway to meet her at her hospice bed. I truly felt as though I was walking down the aisle. From there, each dress was just as special as the next. With each dress I watched the tears well up in my mom’s eyes. They were tears of sadness and tears of pain… but they were also tears of joy. The joy that both she and I felt to have had that experience greatly trumped any other emotion.

We were living out a dream…a fantasy.

Finally, I put on the dress that I knew was the one. I knew because the look in her eyes said it all. The Romona Keveza dress was the dress that I can honestly say would be the dress of my dreams. The room burst into tears because every one of us knew that my mom and I had just had the moment that I feared that I would never have. We cried, we toasted, and we celebrated. I was overwhelmed with happiness but still felt a great amount of emptiness. It was a feeling of emptiness that I am sure will never go away.

I knew that there was still one final piece that was missing.

With no hesitation, she agreed. Danielle and my mom recorded a video for me to watch on the day that I get married. I know it must not have been easy for either of them to do, but I could not be more grateful.

This experience was one of the greatest gifts of my life. I am honored to be able to walk down the aisle in the dress that my mom chose and to hear the words that she would have been so proud to say.

This night was among one of the last few “decent” days that our mom had. She passed away shortly after around 1am on February 23, 2013.

My sisters, brother-in-laws, Aunt Kaytie and Uncle Jeff, and close family friends Kathy and Erin and I are all back in Kauai at the Grand Hyatt where our mom’s health ultimately took a turn for the worse.

I had been meaning to share my story for a while but could not find the strength to write the words. I was inspired to write while here at the resort because this is the place that I hope to one day be married.

This is where we shared some of our last great memories with our mom.

It was last time we went out to dinner together as a family.

It was last time we all sat around a table drinking fine wine and a shared laugh without the looming inevitable hanging over our heads.

It was last time that our mom was really able to play with the kids.

This is where she left her last good days.

Before we left Kauai in January, I shared with my mom that this is the place that I wanted to say my vows. I wanted her to be able to envision it. I wanted to share with her the beauty that I saw in this place.

I feel her everywhere. She is now in every element of this island as this is the place that we choose to spread the first bit of her ashes.

I was given the gift of time. I was given opportunity to share a memory with my mom that I would have never thought possible.

I have always said that if I leave this earth having positively impacted at least one person then I will have considered my life a success. My goal in sharing this story is to inspire others to think outside of the box and to take advantage of the precious time that we are given by experiencing the moments that you had always envisioned. As I said before, there is no time like the present.