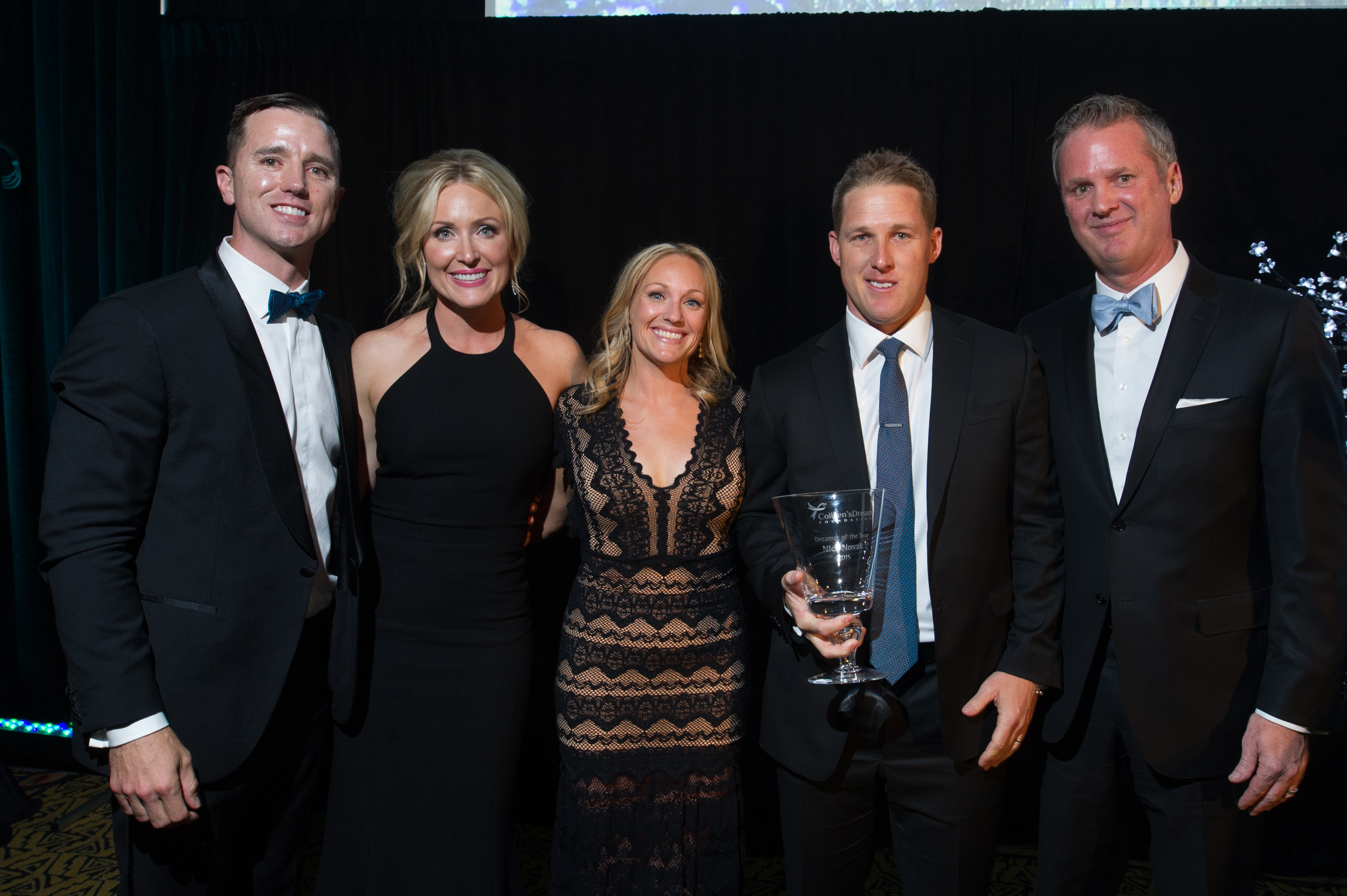 “Nick Novak is more than just a great kicker,” says Cundiff. “He is a philanthropist, advocate and friend.”

Colleen’s Dream Foundation was founded in 2012 by Billy Cundiff and his wife Nicole with the purpose of supporting research for early detection and improved treatment for ovarian cancer.

Since 2013, Novak has helped raise over $30,000 for Colleen’s Dream Foundation through its Kicking for the Dream program, a fundraising program which encourages professional and amateur kickers from across the country to raise pledges for every successful kick they make during a game.

According to Novak, Kicking for the Dream has allowed him to use his profession to fulfill a personal quest.

“Some years ago, I lost a very close family friend, Annie Arth, to ovarian cancer,” says Novak. “That was the first time I saw the fight firsthand and the progression from the chemotherapy to the stage of hair loss and seeing her strength. But it didn’t slow Annie down. She was a great mother. She was very inspirational. I knew what she was going through and she was very influential to me.”

Novak says this is why he knew he had to become involved with Kicking for the Dream.

“When Billy told me about Kicking for the Dream and the goals he had for it, I knew it was a perfect platform for me to be an advocate for something I am very passionate about,” says Novak. “So every year that I participate, I do so in memory of Annie. It allows me to keep her memory alive and bring awareness to the fight against ovarian cancer.”

Cundiff has only praise, admiration and appreciation for his fellow NFL kicker and says awarding him with Colleen’s Dream “Dreamer of the Year” award is the least they could do.

“Nick truly is a man for others,” says Cundiff. “He has impressed us for years both on and off the field and is a great example to athletes of all ages and levels about the importance of using their voice to speak out for positive change. We are honored to have him on our ‘team’ and as a friend, collaborator, and advocate.”

Colleen’s Dream Foundation started in 2012 and supports research for early detection and improved treatment for ovarian cancer. The story of Colleen’s Dream started in 2007 when Colleen Drury – Nicole Cundiff’s mother and Billy Cundiff’s mother-in-law – was diagnosed with late-stage ovarian cancer. The family became aware of a new world that was filled with invasive surgery, harsh chemotherapy, and lots of uncertainty, and realized they needed to help others who were dealing with ovarian cancer.

Colleen’s Dream Foundation believes it is important to raise money for research that will lead to reliable early detection testing and improved treatment for ovarian cancer. Because so little is known about ovarian cancer in proportion to other women’s health issues, there is an incredible opportunity for research and education.

About Kicking for the Dream: